This blog relates to week 2 of our 21 Day Head, Neck & Face program. We are moving up into the shoulders and neck this week to free the adhesions in that area and strengthen the tongue muscle. The theme of this week is Express Your Truth. Even before the world began to censor those with opposing views with such diligence, expressing one’s truth could cause anxiety. I know, I was one who didn’t like conflict (I still don’t), so to express an opinion different from the majority, or different from your friends and family could leave you feeling isolated and cause you to keep your mouth shut.

This was my life for a very long time. Wanting to fit in and be liked, I kept opposing opinions and ideas to myself. This resulted in a very clenched jaw as I would pull back my truth in lieu of popularity. It didn’t take long before I was in a crisis.

I remember a moment when I couldn’t open my jaw. The clenching had not only become a habit out of emotional need but had also become a physical habit. I would wake up in the morning and have to consciously and slowly open my jaw as through the night I had cemented it shut with an incredible force. Then one moment when driving, I realized I couldn’t open it with my intention to do so -- I had to pull over to the side of the road and get my hands involved to release this trap I had created. At that time, I knew I needed to act, as I was becoming physically aware of the stress this had created not only to my mouth and jaw, but to my entire being.

I didn’t understand fascia decompression at that time, but that became one of the drivers as I awakened to fascia and its role in the body. Fortunately, now I know how to release the adhesions from the past and create not only the physical freedom but also the ability to express my truth more openly and without fear, (or at least I have improved in this regard, but still a work in progress). The first action necessary for me was to learn to say no. As a people pleaser, I always wanted to be there for everyone, but often at the expense of my own well-being.  I was reading Gregg Braden’s work that gave me a different perspective that to this day I hold close to my heart. He shared that if you do something for someone, but it isn’t what you want to be doing, you are hurting that person on an energetic level. Your feelings of going against your own best interest are  absorbed by the individual you are trying to help. This made it simple to learn to say no, as it was never my intention to harm. Funny though how often we are okay with harming ourselves for the sake of others.

Also, I was told no by many and often, yet that didn’t change how I viewed the individual, so to think that I would be disliked simply because I put my own needs into the equation came from a place of insecurity. There are many reasons these fears had been implanted, but what’s more important is to know we can find our way out of this prison and free ourselves.

In last week’s blog we discussed the need to Open Your Heart. This is an important foundation to be able to express your truth. It is the heart’s desire that needs to be expressed in order to feel open and alive. If we communicate from a place of compression, we are connecting to the ego’s version of the truth, which can be very different from the actual connection to your higher self. This can lead you into a false narrative that you may believe is your truth, but the body keeps the score. 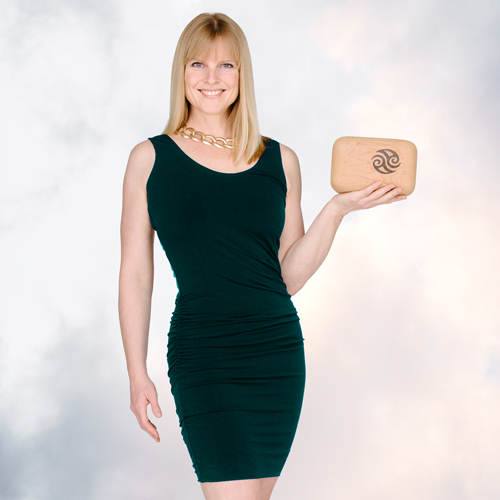 The more you can listen to your body and respond based on what you feel instead of what you think, the more connected you are to your deeper truths.

This week as we dive into the shoulders and neck  area to release the patterns from the past, I encourage you to pay attention to how your body feels when you agree to do something. If you say yes but your gut or some other area in your body feels a negative sensation, that is your cells letting you know they aren’t okay with that choice. The more you can listen to your body and respond based on what you feel instead of what you think, the more connected you are to your deeper truths.

This in  itself can be a challenge, so a great bridge to be able to share your truths with others is to look at yourself in the mirror and share with you something that you struggle saying out loud. The simple fact of letting the truth pass through your lips, to be heard by you will cement this into your being on a deeper level so to build the bridges until you feel safe to share with those you need to. It’s the baby steps that add up. Give it a try, you may be surprised at the confidence you own when confronting conflict or uncomfortable conversations.

Follow us on our social channels below to learn more about Block Therapy and see some amazing transformations!

Aligning Your Psoas – Be the Driver of Your Reality

Bracing the Core Helps You to Brace Your Mind